Pashinin: It was important to dominate in the centre 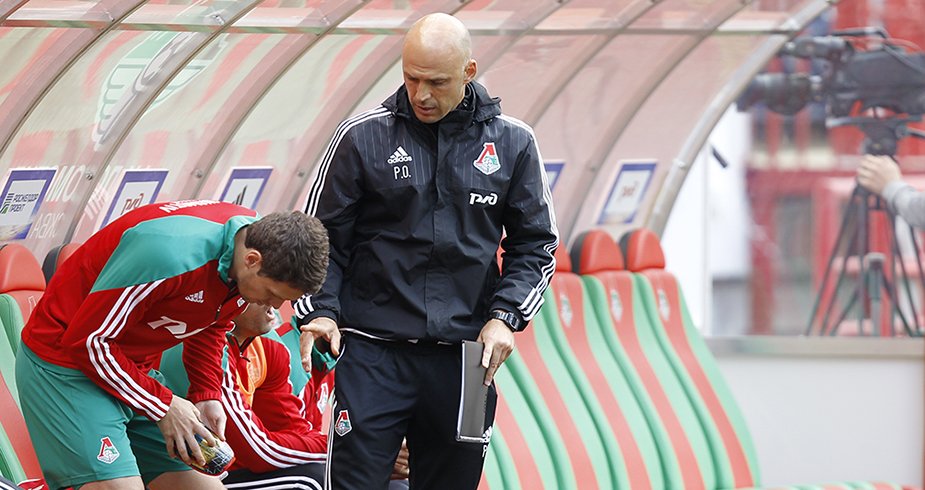 Lokomotiv coach Oleg Pashinin has joined #OurCherkizovoLIVE show to analyze the game against Krasnodar (2:1) of Gameweek 7.

- Whose fault was it when we conceded a goal? Well, we have to watch the replays. We had warned our fullbacks they should not go too far ahead forgetting about their primary positions because Krasnodar’s fullbacks are always a bit forward, waiting for a chance to counter-attack. In the second half we corrected something and these mistakes disappeared. Of course we are not robots and cannot follow the instructions ideally. But it’s good that we can correct mistakes.

- It seemed Lokomotiv were not willing sometimes to play top dog.

- You can’t play top dog full time. There have been some bright episodes during positional attacks, as well as counter-attacks. We tried to diversify our play. In the first half the main struggle was happening in the centre of the field, while in the second half Lokomotiv started employing wings that allowed us to build up pressure. We had said that they who dominated in the centre would win the game. Strandberg in defensive midfield was no revelation. We told the team there would be a lot of tackles. We preferred Kolomeytsev to Miranchuk because his defensive abilities are stronger. And he did well.

- How did you like Ndinga and why did you change him in half-time?

- When we reviewed Ndinga, we saw he was very mobile and did a lot of work. After several games in the League he understood he could do more. It was a forced substitution; he had some problem with muscles that he had experienced days before.

- Are you satisfied with Lokomotiv’s play?

- We are satisfied with the quality and have no issues with it. The guys are super, did what we told them to do and worked to the maximum. Broke the run of play and won. As for the table, it feels good to watch our standing but still it’s too early to make conclusions.

- There’s going to be an international break. No Lokomotiv player has been called up. Is it a reason to be happy that the players can rest?

- There’s no reason to be happy. But we are going to have more time to work. Some guys will still go away to represent their countries.