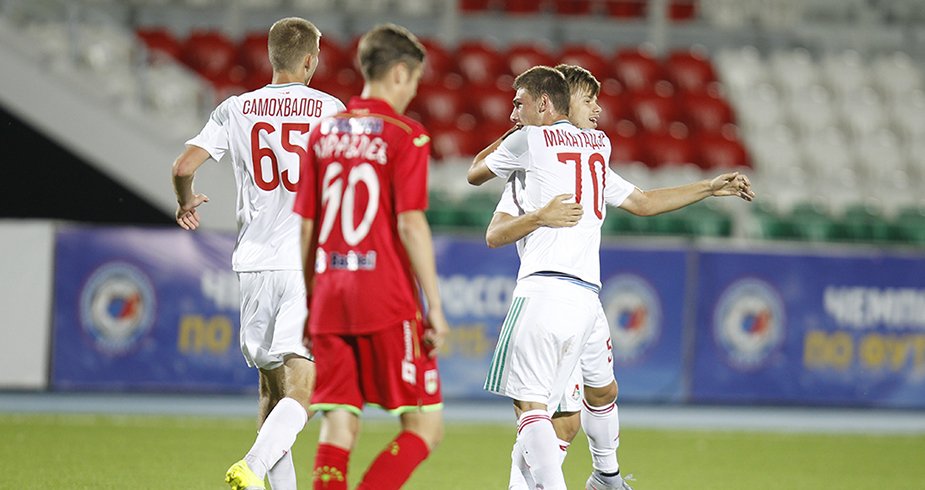 Lokomotiv defeated Ufa in Gameweek 6 away match of the Russian youth championship.

A few older players appeared against Lokomotiv on Ufa’s side. In the starting line-up one could spot Safronidi and Semakin, both 31 year old. Diego Carlos, 27, came on the pitch in the second half as a sub. It is known to be Ufa’s usual practice to let members of their first squad join the juniors for a match. Thus, managers help footballers to snap back in shape after injuries and suspensions.

Lokomotiv rarely do something like that. There were no surprises in this line-up either, yet it did not hinder our blast at the hosts’ goal seven minutes after the start. Rubtsov shot from the edge of the area and could have scored his third one in the season. But the keeper reached the top corner and saved the ball.

Ufa responded effectively. Blinnikov finishing of Kilin’s through pass proved clinical, the former did it in style with a bicycle kick. Inspired by this success the hosts continued storming our goal for a while, but then eased off and took back. The Railwaymen were left trying to pry the rival’s defense. In the first half those efforts were futile. All that Lokomotiv managed were some long forward crosses.

It all changed in the second half, when Galadzan and Makhatadze were brought on. Artyom was the first one to put it in with a diving header off Georgiy’s service from a set piece. In just seven minutes Makhatadze brilliantly took a free kick and netted the ball, curving it over the wall.

The home team now went to attack, pushing forward vigorously, and overlooked a counter move. Ten minutes to the final whistle, Galadzhan finalized the scoreline at 3:1.