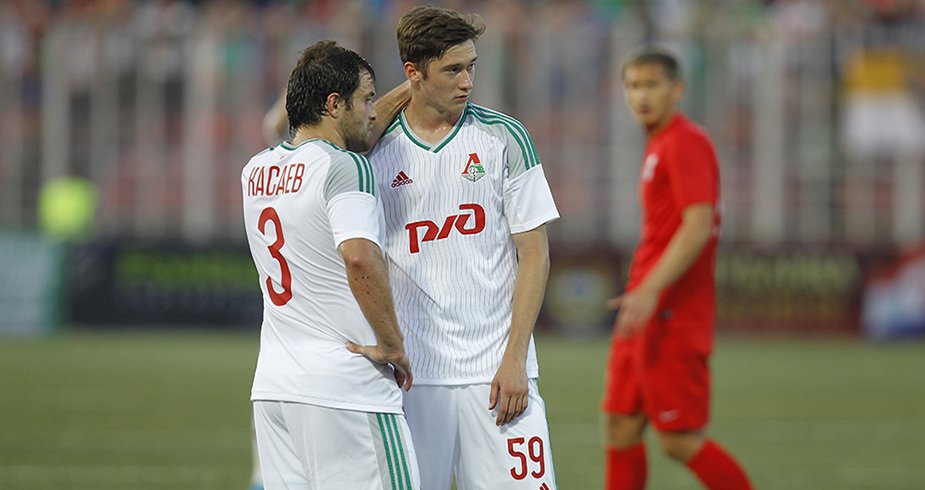 Lokomotiv midfielder Alan Kasaev has visited the #OurCherkizovoLIVE studio to take part in a video conference during which he told the fans about the Miranchuk brothers, the most difficult opponent, the atmosphere in the team, the Europa League objectives and cauliflower ears, and also chose the author of the best question who will receive a Lokomotiv playing T-shirt.

The favourite position on the field and the best partner

- My current position, left winger. I feel very comfortable playing with Vitaliy Denisov. We have total mutual understanding. Back in Rubin, it was comfortable to play with Ansaldi. Talking about the best partners during my entire career, I’d point out Semak, Voronin, and Ndoye.

Preparation for the game and the most difficult opponent

- We all know each other, so we more or less know the strong and soft points of our opponents. But the day before the game I take a closer look at them. Shortly before the game I find out how I have to play. The most difficult opponent? Anyukov. A tough and quick defender who is extremely good in positional play. He can be compared to Smolnikov but in terms of tactics Anyukov is stronger.

The Miranchuks and the youth

- The Miranchuk brothers are the example of what young players should be. They have great future. I would call Alexey the most talented player among his peers. I think there are a lot of young players in Russia who have good prospects. They just have to work hard during trainings and devote themselves to their favourite business.

Atmosphere in the team and those responsible for it

- The atmosphere is great. Everybody understands where we are going. Much depends on the Russians - we create the environment that is good for all players, and support the foreign teammates. Nobody has any frictions. That’s the way to big victories.

- In my childhood I went in for freestyle wrestling but eventually preferred football. During that half-a-year in wrestling I didn’t really reach much but I go to a wrestling room now when I have free time. As for how not to pick up cauliflower ears - well, if you do freestyle wrestling professionally keeping your ears safe is next to impossible. Sooner or later you’ll have your ears smashed.

Europa League and its objectives

- I hope to get a strong rival from England or Germany in the group. It will be challenging to play against them. Our objective is to qualify for the play-offs. Anything but this is not even discussed.

Most important people in the career and the best question

- I won’t tell you the names because the list is long. I want to say thank-you to all of my family who brought me up, the coaches I have worked with. This question is the best, and its author will get my playing T-shirt.