Denisov: We'll fight till the end 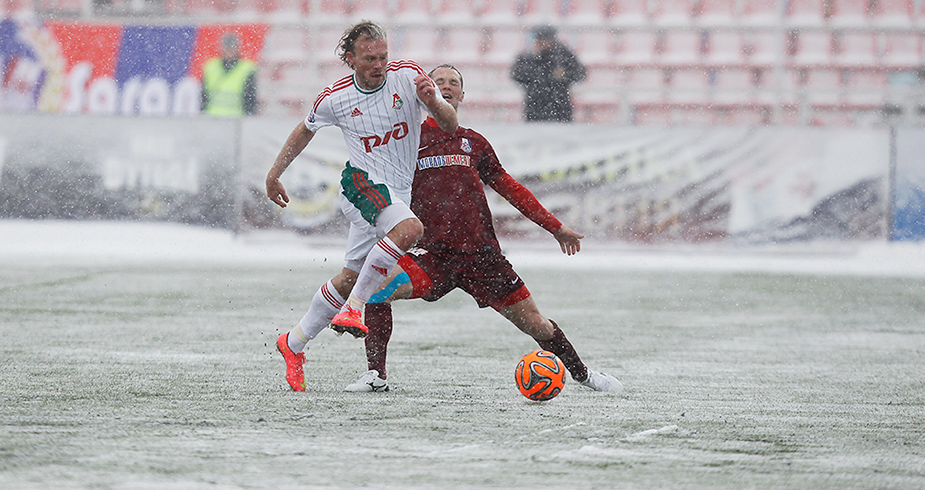 - Is the scoreline fair?

- I think it isn't. Mordovia were defending and counted on a draw, and they succeeded, while we've had good chances but it's yet another game when we failed to score.

- What would you say about the weather?

- The weather is the same for everyone. Even in these conditions we had one or two opportunities in the first half. In the second half we played combination football but our finishing was far from ideal.

- Don't you think the referee made too many bookings?

- I can say he interpreted several episodes too strictly. When we fouled he booked us immediately, while a Mordovia player saw the first card only on 25 minutes. I think it's not fair, especially when the turf's so tough. If you choose to be principal, be principal all the time. I don't think he worked well. There were episodes he could let us and Mordovia play.

- I think we're doing badly so far. Let's wait and see what line we'll stand at when the table's finalized. It's wrong to say we'll tear everybody apart. Other teams have their plans. We'll play and see.

- You surely wanted to make amends for the loss to Arsenal. Where did you fail?

- We didn't score. We dominated in both games, but never scored despite having several fantastic opportunities.

- The gap between Lokomotiv and the third team is still manageable but now we're to play with the strongest clubs of the League. What's our perspective?

- We'd better have some points in reserve. We'll fight till the end.

- Did the international break come at the right time?

- It's not useful for everybody but I hope it will have a good effect on us.