Kasaev: We were going to claim three points in Saransk 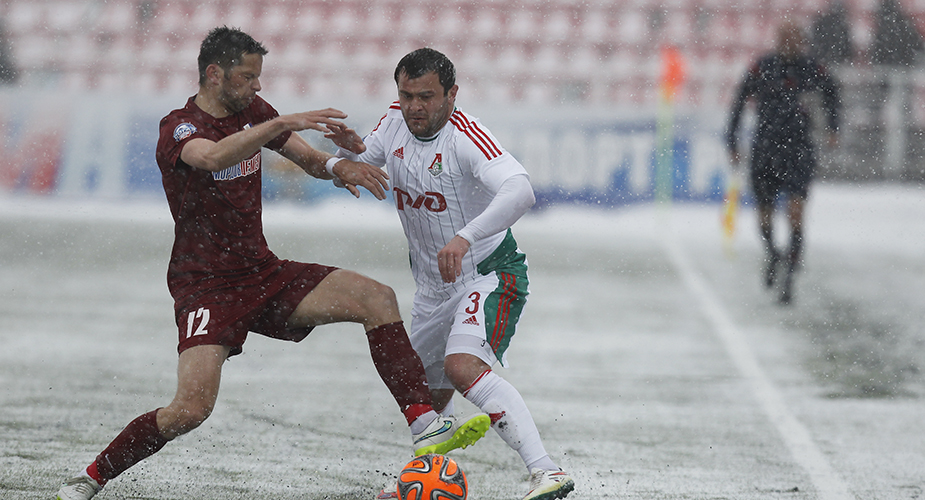 - We came to claim three points. In the first half the weather was an obstacle, but in the second half it didn't hamper us. We had two opportunities and wasted them.

- Don't you think the referee made too many bookings?

- It's out of my competence to judge referees but I think it's not good when they constantly blow the whistle. It hampers football.

- Does such weather bring special emotions?

- In the first half it wasn't even football. In the second half the pitch was cleaned up and it it felt better.

- What did Bozovic say after the game?

- Nothing. A coach will never react positively to such a result. The game was ours. We wasted two chances.

- We had to earn three points.

- They say that success comes when you beat weaker teams. How would you evaluate Lokomotiv's spring start?

- I agree with you. Playing with middle-strength teams is really hard. Golden points are won in such battles. We have to forget this game and prepare for Dinamo.