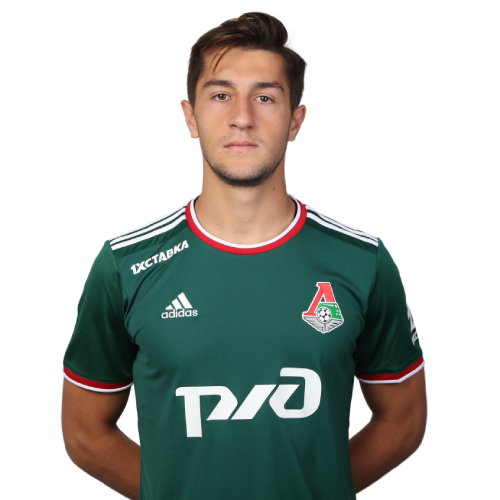 On September 2, 2021, football club Lokomotiv has signed a contract with 21-year-old midfielder Konstantin Maradishvili. The term of the agreement is 5 years.

Konstantin was born in Moscow. He is a graduate of CSKA. In the youth league being a part of CSKA he played 42 matches, scored 3 goals and made 12 assists. Also there he became a champion of the Youth League of Russia-2018/19. Maradishvili also played in the UEFA Youth League and took part in 10 games in total with one assist.

For the main CSKA team he firstly played in July 2019 in the Russian Premier League against Krylia Sovetov. In the autumn of 2020 Maradishvili made his debut in European competitions, played six matches in the Europa League-2020/21. In total the player has 40 games, 2 goals and 1 assist in RPL.

Konstantin Maradishvili is a player of the Russia U-21 since 2019. There he played 5 matches and scored once.