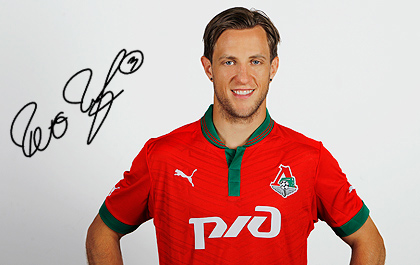 Reto Ziegler was born on January 16, 1986 in Geneva. He started playing football at local FC Servette's school and soon moved to FC Grasshoppers. At the age of 18 he joined Tottenham and in the very first season in Great Britain he played 31 games becoming a regular pick for the coach. In the end of the season Reto was named the team's Best Young Player.

Next season Reto joined Hamburg on loan from Tottenham. Later he joined Wigan where he played till the end of Season 2005/06.

In winter 2007 Reto went to Sampdoria, also on loan, but just half-year later the club purchased the rights for the player. There Reto played for four seasons and then joined Juventus. The club sent him on loan to the Turkish Fenerbahce. In summer 2012 he returned to Torino and won the Italian Supercup. 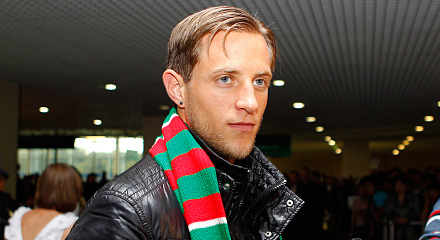 A flight from Zurich brought Loko's newcomer to Domodedovo Airport just off Moscow on Wednesday evening.

Lokomotiv have reached an agreement with Juventus over a loan of Swiss international defender.