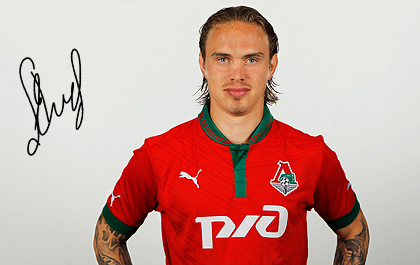 Andrey Eschenko started his professional career in FC Zvezda that plays in his home city of Irkutsk. In 2005 the player joined FC Khimki from Moscow Region where he was dubbed as one of Russia’s most promising young players. No surprise the Ukrainian top-club Dynamo Kyiv signed the Russian player. Andrey didn’t manage to become a regular pick for the main team, and spent the next 5 years on loan in other teams: FC Dynamo Moscow, FC Dnipro, and FC Arsenal Kyiv. During this period, Eschenko made over a hundred appearances in the Ukrainian championship.

In summer 2011 Eschenko moved to Russia to play for Volga from Nizhny Novgorod. There, he spent half-a-year prior to joining Lokomotiv in January 2012.